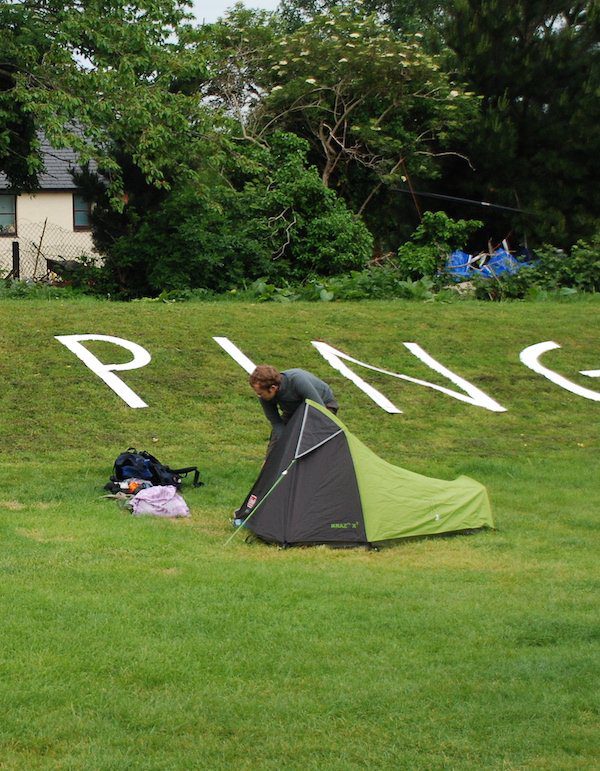 Which trail is best for camping (and wild camping)?

What’s the best long-distance trail in Britain for camping?

We should start by saying that it’s a lot easier to list those trails that aren’t kind to campers. Those that aren’t – the North Downs Way, Cotswold Way and the Ridgeway spring to mind here – are the exception rather than the rule.

Of the runners-up, we would probably put the Coast to Coast path next, for you can also camp for pretty much every night along here too. However, it loses out to West Highland Way purely because of its location in England, where wild camping is not allowed.

For the rest, most allow you to camp at official campsites along most of their length. Hadrian’s Wall, South-West Coast Path, Pennine Way, Offa’s Dyke and the Pembrokeshire Coast Path – are all sufficiently provisioned with campsites to allow people to put up their tents for all but one or two nights along the trail. Even the Thames Path is pretty good for campers, at least for the first half of the trail; after Wallingford, however, the situation worsens as you approach London.

But that is the key: all of them also have a section where there is no official campsite. For most that won’t be a problem: that might be the night when you can ‘take a break’ and spend a night in a B&B or, if you’re a purist, simply wild camp that night.

But there is one stand-out trail in this candidate: The West Highland Way is a clear winner here due to the fact that it’s feasible to camp every night along the trail. Add to this the fact that the official campsites are supplemented by the odd bothy, and that you can also legally wild camp in Scotland, and it stands heads, shoulders, chest and tummy button above the rest. And that’s before we’ve even mentioned the fact that many of the campsites along the West Highland Way are of a great quality too, and were amongst the first to offer camping pods/wigwams etc – ideal if the weather’s bad.