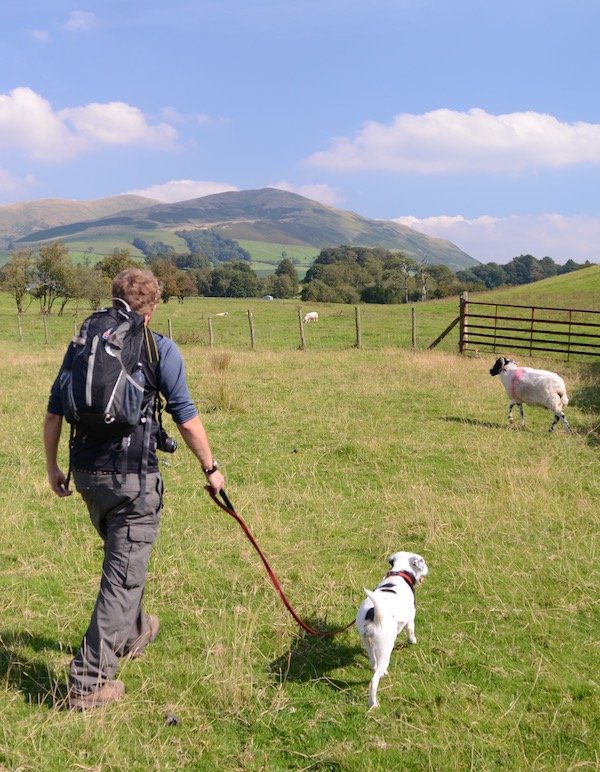 What’s the best trail for dogs?

What’s the best trail in Britain for dogs? 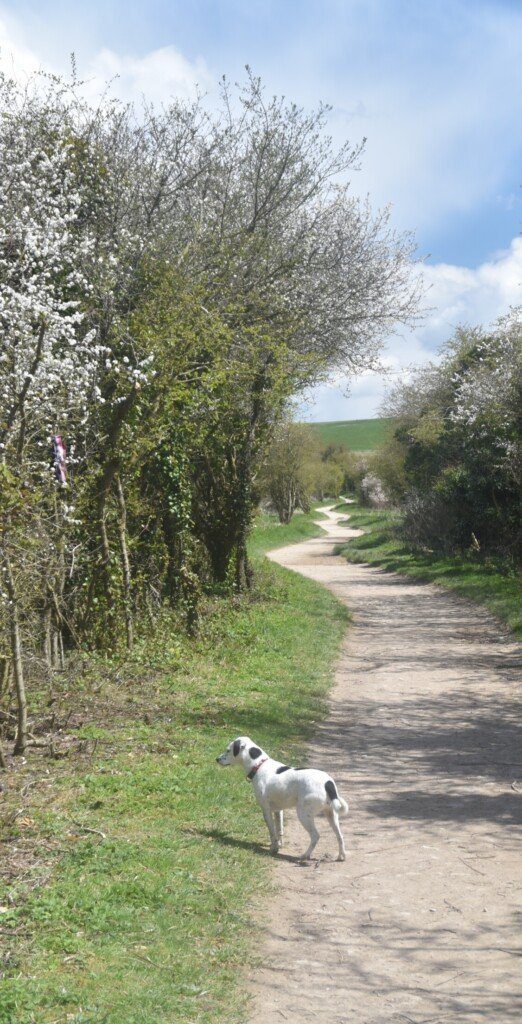 Daisy on The Ridgeway

Daisy on the North Downs Way

Just as every trail is different so, of course, is every dog. Some can be let off a lead, some can’t; some have an innate sensibility around roads and other dogs, while others are clueless; while some are fine with livestock, while others consider any day where they haven’t run amok amongst a farmer’s livelihood to be a days wasted.

Nevertheless, there are a few criteria that all dog-owners look for when researching for a suitable trail for their dog. These are:

Given the above criteria, we decided that in first place was The Ridgeway. There’s a simple reason for this: the number of fields and farms that the path passes through is actually quite small. Instead, the trail is, for a fairly sizeable portion of its entire length, a rough track, lined on either sides by fences. As you get towards the eastern end there are also several large tracts of woodland that dogs usually love running through.

Even here, though, there are several caveats. For one thing, the path also runs alongside several ‘racetracks’ used by horses for exercise. These are separated from the track only by a metal barrier that a dog can easily pass under, so care must be exercised here. Also, the trail itself is ideal for horses, much of it is designated as a bridleway and so equine encounters can occur at any time.

Secondly, the Ridgeway is open for part of its length to dirt bikes and off-road vehicles. This isn’t a major concern: for one thing, the trail authorities clearly set out which parts of the trail are open to vehicles, and besides when we walked the trail in May we encountered nothing but one solitary mountain biker during our entire walk. But it is worth being aware that such encounters can happen and to keep your hound relatively close during these stretches.

It must also be pointed out that the Ridgeway crosses numerous roads along its 87-mile length. Only a couple of these are very busy, but you need to look at a map to see when you’re approaching one so you can take the necessary action.

Other reasons why we chose the Ridgeway as the most dog friendly trail of them all? Well, there are lots of towns on the way where you can buy food and seek help if your dog is injured; and there are no steep drops along the way that we could think of into which your pooch could plummet.

In second place we put the South Downs Way. It has many of the advantages of the Ridgeway – lots of open ground for your dog to run around in and relatively few fields with livestock to cross. It also shares the same disadvantage too – that large parts of the trail have been designated as a bridleway so there is some dog-unfriendly traffic too, in the form of horses and cyclists. And it was the sheer number of cyclists on the South Downs Way that was the main reason why the Ridgeway won out: even if your dog is OK with passing cyclists, some of the bikes speed downhill at a terrific rate, which sort of compels you  to keep your dog on a short lead for sections to avoid serious injury to both dog and cyclist.

An honourable mention must also go to the North Downs Way. There’s lots of lovely woodland for your dog to run around in, and comparatively few fields of livestock en route. The main drawback with this route is that there are a lot of roads along the way, both major and minor.

Similarly, we must also mention Cotswold Way, which again has plenty of woodland and few fields with livestock.

Trails which we think are less good for dogs include: the Dales Way (where, surprisingly, there are not so many pubs and other establishments that welcome dogs); and Coast to Coast, Offa’s Dyke and Hadrian’s Wall (too much time spent crossing fields with livestock, or that livestock is, along Hadrian’s Wall at least, for some reason more aggressive than elsewhere). The Pennine Way is also tricky – there are few stores along the way to buy dog food, and lots of moors to cross where ground-nesting birds build their home. There are also some very long days on the Pennine Way, which may not suit every dog.

Of the rest, most are good for dogs, but with reservations. For example, the South-West Coast Path, Cleveland Way & Pembrokeshire Coast Path are great, as long as you can trust your dog not to throw itself off a cliff then both of these walks do a good job of avoiding roads. Similarly, the Thames Path isn’t bad as long as your dog isn’t prone to chasing ducks and other water-fowl. Otherwise, it’s just a nightmare.