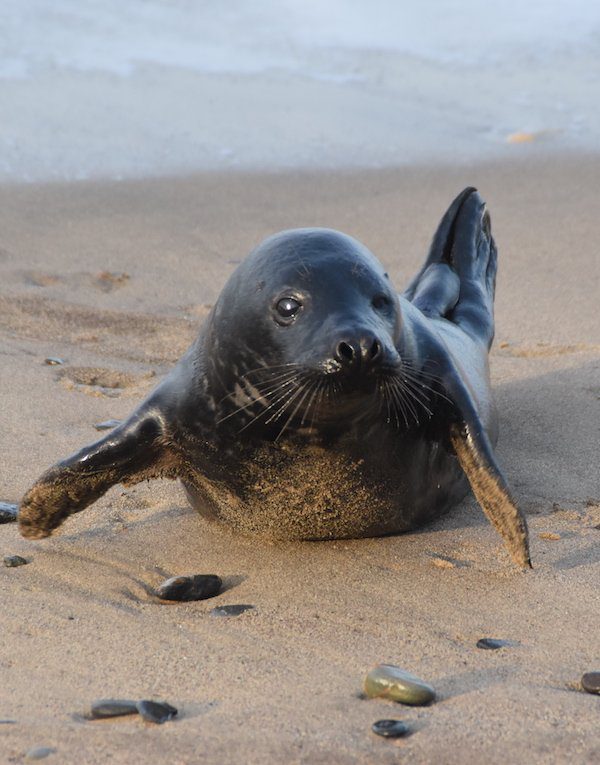 What British trail is best for wildlife?

What’s the best trail in Britain for spotting wildlife?

This is another category where we selected the winner largely based on our own personal experience, though on this occasion we do have a rationale to back up our argument. On our walks around the Cleveland Way we’ve had great close-up encounters with a seal at Sandsend, a stoat outside Kettleness, deer (near Ravenscar and elsewhere) and a wonderful if rather alarming encounter with an enormous Eurasian eagle owl, which clearly considered us to be unthreatening – and Daisy to be lunch.

Of course, we could just have been lucky. It may also have something to do with the fact that we wild-camped along a lot of the way, and was frequently on the trail soon after dawn, when wildlife tends to be most active.

But it must be remembered, too that the Cleveland Way is essentially a tour around the perimeter of the North York Moors, which happens to have a reputation as Britain’s wildest national park. This is a park where pine martens have been spotted (which only moved south from Scotland in 2015). It is also one of only two places in the UK where the tiny alcathoe bat has taken up residence (just one of ten species that live in the park). The montague harrier, of which there are only four pairs in the UK, has also nested in these parts recently.

Furthermore, there are few other trails in Britain that are so clearly composed of two distinctive halves. With the first half of the trail encompassing moorland and heath, and the second taking you along coastal cliffs and beaches filled with rock pools, where dolphins frolic offshore, it’s inevitable that you will get a greater variety of wildlife as you have a wider variety of habitats. Farmland, woodland, meadow, bog and shoreline – if there’s a species that can’t live in any of these places, you must wonder where it can live in Britain.

Add to this the fact that the cliffs around Filey, at the end of the trail, are believed to be home to mainland Britain’s biggest seabird colony, and we think you’ll agree that this the Cleveland Way is probably the best trail for wildlife in the UK.

As for the other trails? Well the LOOP surprisingly but deservedly gains a mention because you do see a lot of wildlife along the trail, including owls, woodpeckers, deer to parakeets. As we mention on our review of the LOOP, while we were amazed by this there is a certain logic to it too. Firstly, the LOOP tries to stick to the green bits of the map, even though it may just be a narrow ribbon of woodland round the back of some houses or along a stream. The wildlife of outer London, presumably, also tried to stick to these green bits, so it’s little surprise that we encounter them. Presumably, that wildlife is also more habituated to the presence of man, and a little less shy as a consequence – another reason why walkers more likely to see some wildlife on this route. Add to this the fact that the trail finishes by marching alongside Rainham Marshes, a large RSPB centre and the Mecca for birdwatching in London and the South-East, and we think the LOOP fully merits its place on this particular podium.

We also give honourable mentions to the Pembrokeshire Coast Path largely because of the offshore trips you can take to Skomer and Skokholm – two RSPB sanctuaries where puffins nest in the first part of the year, and also the islands off the coast near St Davids, where dolphins and porpoises frolic in the waves. Plus, of course, because every hike along this coastline is sprinkled with sightings of seals surfing in the shallows or shuffling themselves up onto the shore. The other coast paths are similar, of course, but we think you get a greater concentration of wildlife in Pembrokeshire.

The Dales Way merits a mention in this category because of its abundant riverlife including kingfishers and other waterfowl, all of which are pretty easy to spot during the first half of the walk.

Finally, the West Highland Way gets a mention because of the sightings of different wildlife that it can provide, including red deer and, of course, golden eagles.

Finally, we also found the Yorkshire Wolds Way to be teeming with wildlife, from badgers to deer to (possible) sightings of red squirrels too. But most of all there was the huge number of hares that we saw, which – for someone who lives somewhere where they’re a rarity – was an absolute joy. And we even saw a porpoise swimming in the Humber at the end of our hike; not an everyday occurrence, we assume, but wonderful nevertheless. 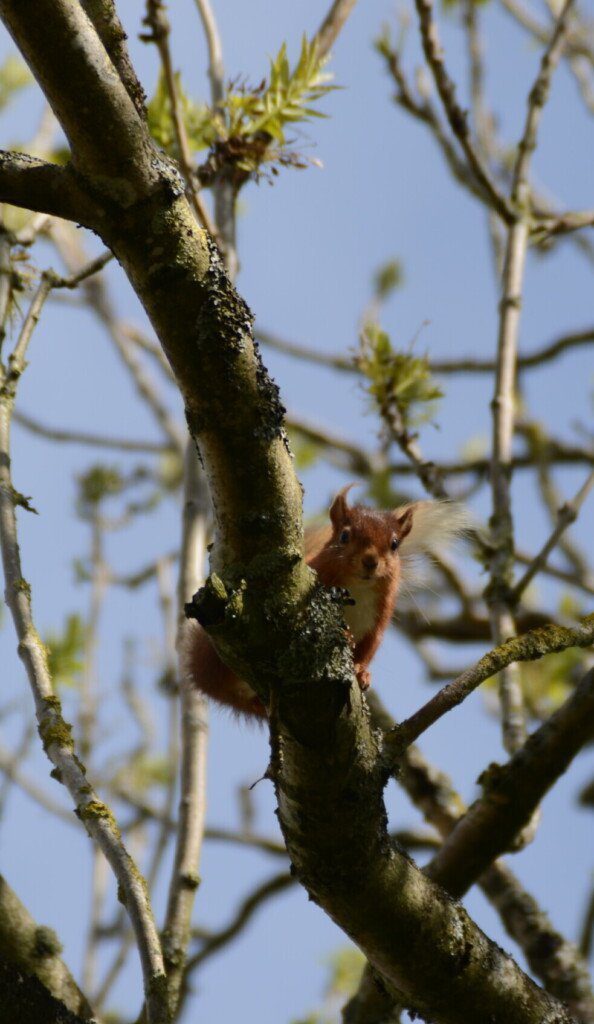